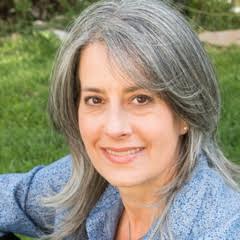 Deborah Landowne, CCH, RSHom(NA), C.HP has a Family Practice in San Rafael. She  studied Classical Homeopathy in San Francisco, at the Pacific Academy of Homeopathy, from 2003 - 2006.  In 2014 Ms. Landowne became a Certified CEASE Therapist, completing the Advanced Level Training. She has also studied Gemmotherapy, including coursework for animals with Dr. Stephen Blake, “The Pet Whisperer.”

Deborah enjoys working with family members of all ages and phases of life, especially with women for pre-conception preparation, through pregnancy, birth, and post partum.  She enjoys working with companion animals immensely, and is available to work in collaboration with Veterinarians.  More information about Deborah’s training and practice can be found on her website at: www.marinhomeopathy.com

Relieving Vaccine Side Effects in an Elderly Dog

Francisco is a 13+ year old black lab, who was adopted at age 2, having become a “Career Change” from Guide Dogs for the Blind.  They said he didn’t want to work, he just wanted to love everyone!

Upon arrival at his forever home, he was smelly, and so itchy he scratched himself raw. He would also leak urine when his people came home; he was so excited and wiggly he didn’t realize that he was incontinent.  He received homeopathic remedies for both these issues, Sulphur for the itching and excessive scratching and then Calcarea carbonica for the incontinence. He was also switched to a “BARF” diet of raw foods. This helped improve his coat and breath and he didn’t smell bad any longer.

For years he suffered from allergies, however, including a “reverse sneeze,” inflamed, watery and itchy eyes, itchy face, sneezing, etc. Various homeopathic remedies would relieve these issues, but they’d never completely resolve.

As he grew older Francisco developed a raisin-sized growth over his right eye, the one that had been the most chronically inflamed. Veterinarians said this was either a chalazion or an adenoma.  He would rub it and then it would bleed. We were concerned it would become cancerous or block his vision, as it was growing larger. Plus, this was not a good thing for such a handsome dog! He also had persistent issues with oily and yeasty ears. Again, various homeopathic and herbal remedies would help a bit or for a time, but not completely relieve either problem.

In studying homeopathic CEASE Therapy, I learned about symptoms associated with various vaccinations, one of which was inflammation of the eyes subsequent to the Rabies vaccine.  So, we decided to try a course of homeopathic detox using the CEASE Method for Francisco when he was about 13 years old.

CEASE Therapy is one of several methods of homeopathic detox.  It was originally developed for Autism and vaccine damage. CEASE is outlined in the book by Dr. Tinus Smits; Autism Beyond Despair: Homeopathy Has the Answers, CEASE Therapy.  This method applies the basic homeopathic principle of “Like Cures Like” in order to detox specific substances, which may have caused lingering problems. Many homeopaths are trained in this technique and can use it for a number of conditions. CEASE Therapy can be especially useful when well chosen homeopathic remedies do not work as expected or work for a time and then stop being effective.

In Francisco’s case we were able to determine the exact type of rabies vaccine he had received, as it was stated on the certificate furnished by Guide Dogs for his adoption.  (He had been exempted from any further shots, due to his allergies.) He was then given a course of a remedy made specifically to detox that brand of  the vaccine, over a course of several months, in a series of potencies. He also received a constitutional remedy to bolster his overall energy and help him detox. Other supportive measures included activated charcoal in his food to help adsorb any toxins that were released during the process, plus some herbs and homeopathic cell salts to drain and support specific tissues.

The first signs of his detox came out on his skin.  This was a good sign, because in spite of some improvement over the years, thanks to homeopathy and a diet of fresh foods, he had continued to have itchy, greasy and flaky skin.

We managed the detox process to prevent hot spots with the appropriate amount of charcoal and his old friend Sulphur 30c. He also needed a few weeks of Mezerium 30c, when he started having spasmodic itching, possibly related to the neurological affects of the vaccination. His coat is now much better, and the itchy spasms have gone. Other support at this phase included select herbal extracts called “gemmos” for the nervous system: Holly and Linden Tree buds, plus an additional combination of 3 gemmos, called Skin-gen, to drain the skin.

Next, his eye started draining and the tumor reduced in size. In about 2 months the growth had completely dried up and is now barely visible.  Also during the detox his hind legs became weak, which is common in older dogs.  He was given another of his old favorite remedies, Calcarea carbonica, and the weakness subsided quite a bit.  His legs are becoming stronger and stronger now, again with the help of gemmos to strengthen his adrenals and hind end, including Giant Redwood.

But the most interesting thing that happened was quite a surprise.  Francisco has always been a very mellow guy. He had a history of hanging his head, like it was too heavy to hold up or perhaps he had a headache. He wouldn’t look his people in the eyes and it was assumed that this was just part of his personality. However, midway through the detox, suddenly he was holding his head up and engaging eye contact, looking more interested in what his people were up to!  His guardian said that it was almost as if he had been autistic and no one realized it before, it was just accepted as part of his demeanor. We are thrilled that he is now communicating better, and so alert!

Other symptoms that have greatly improved over the course of this detox include a retching “old doggy” cough that he had developed with age, and his reverse sneeze. Again – these are other issues that would not improve as we had hoped with constitutional or acute homeopathic remedies or gemmotherapy. His ears have been drying up and are less yeasty now. They do not need to be cleaned as often.  His coat is no longer greasy or flaky, but beautifully shiny, so he can go longer without a bath, for which he is very grateful!

Now, at almost 14 years old, the rabies detox is finished and he is doing very well for his age.  Several friends, including his chiropractor and an animal nutrition expert, have commented that he is “aging in reverse.”  While he is definitely sleeping more than when he was younger, and not jumping around or playing as much as he used to, he has hardly any gray hair, his joints move very well (with a little help from Calc fluor Cell Salt) and he has even started playing tug again!  Francisco and his people are very pleased with the outcome.  He still loves taking long hikes in Tahoe – after which he makes sure to take some Arnica and a nap. He can’t wait to go sliding in the snow very soon!

Thank you, Francisco, for teaching us about CEASE Therapy and proving that old dogs CAN learn new tricks!